Eczema in babies isn’t really talked about when you’re expecting. At least not for me. Our son developed eczema pretty quickly after being born and I didn’t think too much of it at the time. A lot of people said it will go away, made it seem normal and even after our first doctor’s appointment the doctor said to give it time to see if it heals. A lot of people played it off like it was something not to worry about.

After a few months of it not going away, our doctor prescribed a steroid cream that worked wonders. It was amazing. The only problem was that once it healed, we would stop putting it on our son because it looked so much better. But that only lasted a certain amount of time and it would come back.

It eventually came back too many times, and almost just as bad as it was in the beginning. Mostly on his legs and some on his arm. We started using his cream again, but I realized that it was more of a temporary relief and there was something in his life that was bothering his skin. I knew we couldn’t use this steroid cream forever, and I wanted to get to the bottom of it.

I started tracking his meals and recording whether or not he had a rash after every food. After 2 weeks of noting every little food detail, I realized it was not what he was eating because there was not a consistent pattern. So, off to Google I went (for what felt like the millionth time) and started to read about bath time. Bath time for us is every other night, with Aveeno Lavender shampoo/body wash (the calming part of their bottle really appeals to a new mom, ya know). This has been the only body wash we’ve used since our son was born. After just a few articles, I came to the conclusion that the soap had to be the issue. So, I started looking up which soaps are best to use. Here are the 2 most popular ones I came across:

I purchased both but decided to try Aveeno first. I don’t know why, but I thought maybe this would be the better option for our son because he was already using the Aveeno brand. I purchased the soap and we used it at his next bath time. Wow. What. A. Difference. With the lavender soap we used, our son’s legs had a red rash as soon as we got out of the bath. With this new Aveeno soap, there was no rash. I couldn’t believe the difference. Turns out the perfumes in the lavender kind really took a toll on our son’s skin and he’s just sensitive to it. I was super skeptical that it would work, but it did. I mean it makes sense right? A baby skin of course is sensitive! I should have realized that earlier. #MomGuilt

Our son dealt with eczema as a baby and toddler. He’s 1.5 now and still has a few spots here and there, but not nearly as bad as before. We only use the new Aveeno sensitive bottle, plus it can be used for adults too! It may seem like such a small change that maybe you think ‘this won’t fix such a big rash’ but it’s worth a shot.

Other things we did that really helped:

I’ll try Honest next and report back! 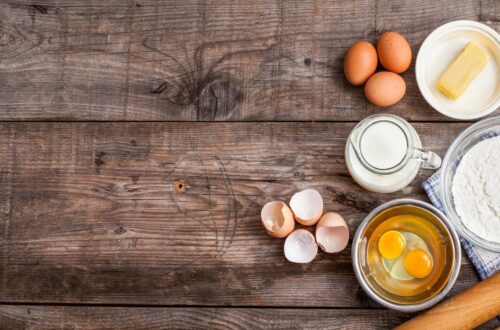 4 Items from my Grocery List for a Picky Eater (& a Mom Who is Stressed About Food!) 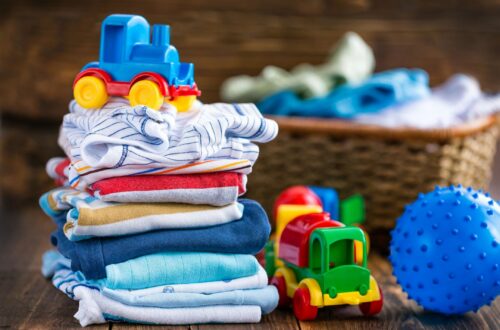 Best Baby/Toddler Pajamas from Amazon under $25